Commes [des Garçons] with me to the MET’s Costume Institute

Since the genesis of my fashion affinity, I’ve dreamed of attending the Met Gala–of paying tribute to the designer or theme of the night–turning into, quite frankly animated art.

Fashion is an art form in and of itself, one whose wearer brings it to life. It becomes a part of the person and the person becomes a part of it. A piece of clothing or an accessory, furthermore, represents a symbol of society. And while it’s the mark of a time period, that artifact will still continue to resonate with the present and future generations. 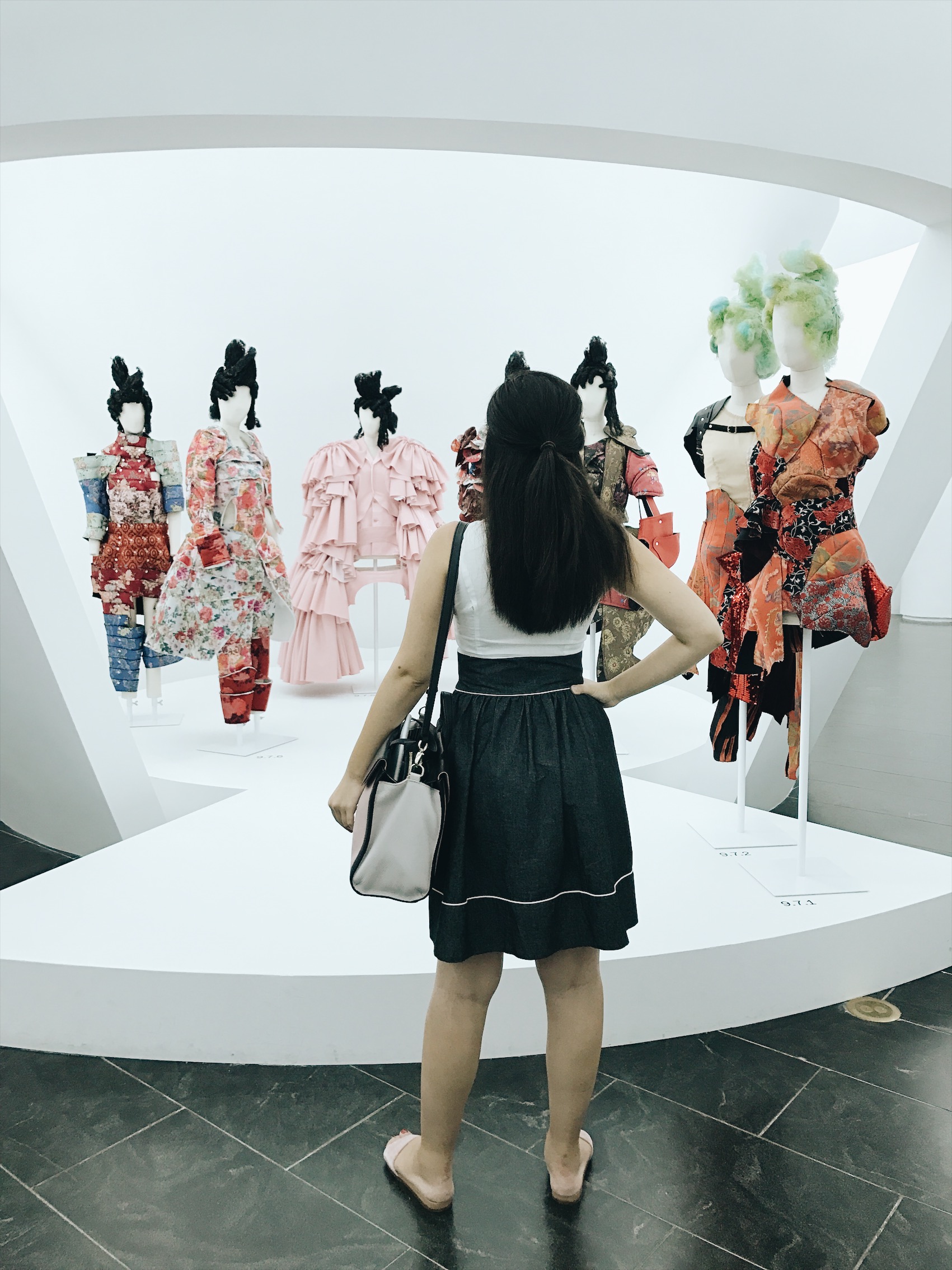 The MET Gala aims to recognize that view of clothing, acting as a kickoff to a particular year’s Metropolitan Museum of Art’s fashion exhibit. Last week, I was finally able to pay a visit to this phenomenon. For those at home who are unable to see it in person, “commes” along with me to this year’s MET Costume Institute fashion exhibition: “The Art of In-Between.” “The Art of  In-between,” is a test of conceptual views of style. This sort of mentality is quite characteristic of its designer, Rei Kawakubo of  Commes des Garçons, as design dichotomies made for a collection of innovative fabrics, constructions and influences of time periods. Yet, there was a cohesion in the chaos of it all: creative freedom from which flourished an emotional evocativeness characteristic of all art. But here’s what was most compelling: Through cognitive dissonance in dress, the designer fostered a deeper conversation about the contrasts in universal human truths: love/hate, self/opposite, war/peace, high/love, then/now etc.

The viewer can choose to interpret the collection how they want, which is exactly the point. I think Kawakubo’s line speaks to how a mannequin can be a canvas as powerful as one that leans on an easel. Art aficionados highlight how an expressionist painting’s “Extreme angles, flattened forms, garish colors, and distorted views” or how romanticist paintings concentration on the sublime through capturing movement, create powerful images that capture the emotions of an artist. In turn, artists point to the way those paintings stir up the same overwhelming feelings in their viewers. Kawakubo through gossamer rather than paint, and draping rather than brush strokes, creates a similar exchange of emotion in her craft.

Her couture is not wearable. It is meant to be admirable.

“The right half of my brain likes tradition and history, the left wants to break the rules.” What fashion or other art moves you?