I recall Part I of this saga quite fondly: it was two years ago when I embarked on my year abroad—my first time in London in my entire life.

Little did I know the impression this city would leave on me. It drew me in with its marriage of old and new: its endless museums and coffee shops, and long literary and fashion histories that still whisper inspiration for the present day aficionado.

At last, I had returned a week ago to my soul-city (the equivalent of a soul mate but for a location you feel is the one place for you) and remembered my old neighborhood of South Kensington like a character in a Victorian novel remembers a loved one’s warm embrace after an extended separation…

Too dramatic of a metaphor? Let’s just say it was good to be back.

South Kensington is one of my favorite parts of London because it is the heart of art and culture. Exhibition Road is lined with museums and a short stroll from the infamous Kensington Palace. It was a joy to walk the paths of my old stomping grounds and visit some of the landmarks I told myself I would get around to but never did while I lived here. So without furhter ado here are some of the places I went and things I did in my old neighborhood.

The Cafe in the Victoria and Albert Museum:

Believe it or not, this was one of my frequented study spots while studying abroad two years ago–it was only a two minute walk from my former residence after all! It was love at first sight when my British Litarature professor took a couple students and me here for lunch our first week in South Kensington. After walking past rooms filled with grecian scultpures that captured the interests of sketch artists and a fashion exhibit filled with garments from the 19th and 20th centuries (probably one of my favorite rooms in the whole entire musuem) we reached this incredibly ornate museum cafe. From then on, I was hooked, and had to make my way back here last week. The scones with clotted cream and strawberry jam were even more delicious than I recalled. Pair it with an elderflower lemon tea and you are in for a delectable British treat with a dreamy view: stained glass windows, spherical chandeliers, and gilded walls galore.

The medieval architecture contrasted by prehistoric dinosaur skeletons will truly take your breath away as it did mine. But it isn’t just the exhibits and gorgeous interior that make this place come alive: it’s the energy of its visitors. Nothing warmed my heart more than the adorable reactions of British school children on a field trip when they saw a robotically engineered T-rex roaring at them. With their safari hats on, they roared back at the dinosaur with a smile. 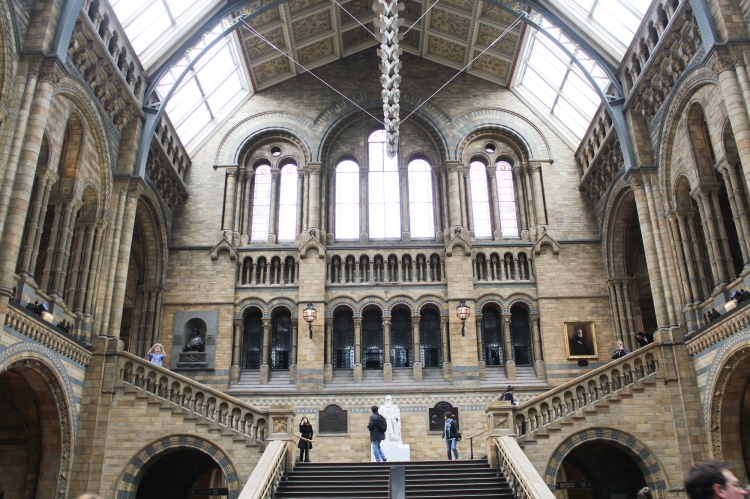 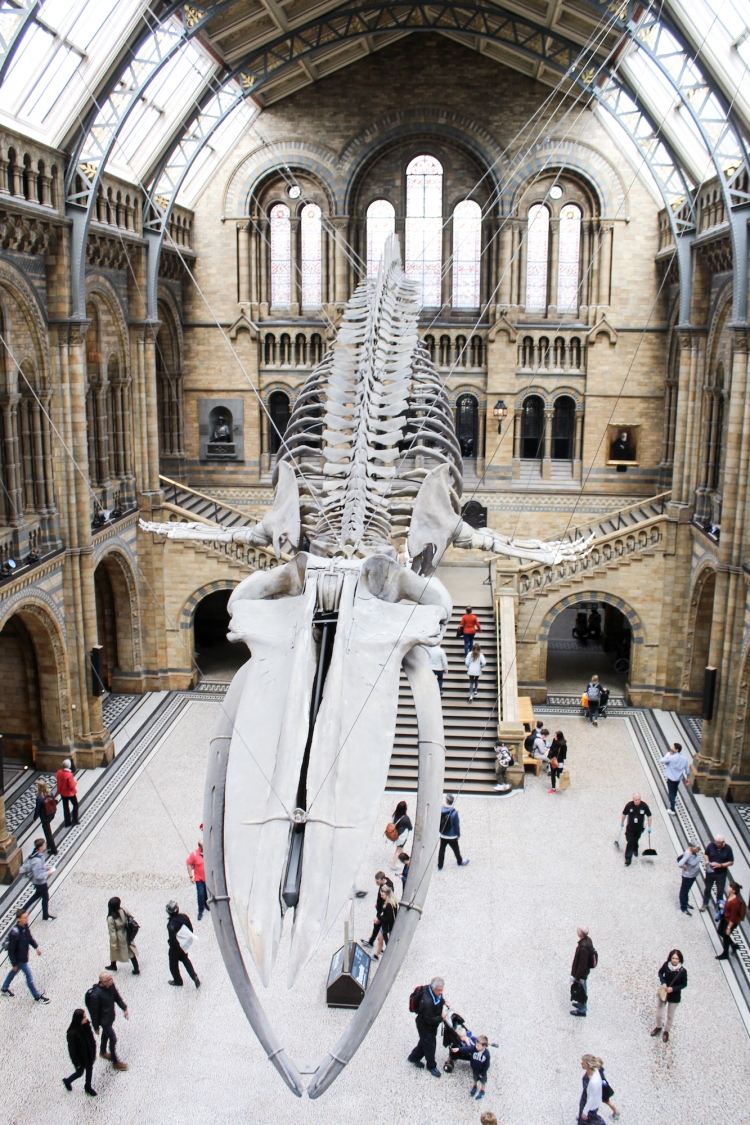 Kensington Palace and its Fashion Exhibitions:

Visiting Kensington Palace is a no brainer: it’s the former residence of Queen Victoria–which is evident in the second longest raining monarch’s homey touches–floral wallpaper and the many portraits of Victoria and her beloved Prince Albert. It was most recently the residence of Prince William and Kate and the current home to some of the most pristinely manicured gardens. The walk to the palace is a part of Hyde Park that is charming and relaxing. Along the way, you may find a Peter Pan statue and gorgeous swans. Back when I studied abroad, the park was my favorite place to go horseback riding–English style! After walking the grounds–or riding a horse, stop at the Orangery for a very British afternoon tea in a romanesque setting. But my absolute favorite feature of Kensington Palace are the fashion exhibitions. Last time I was hear they had one on Princess Margaret. This time around, the palace featured Princess Diana’s very innovative ’80s wardrobe–which was such a treat since I admire both the style and kind personality of the former princess. 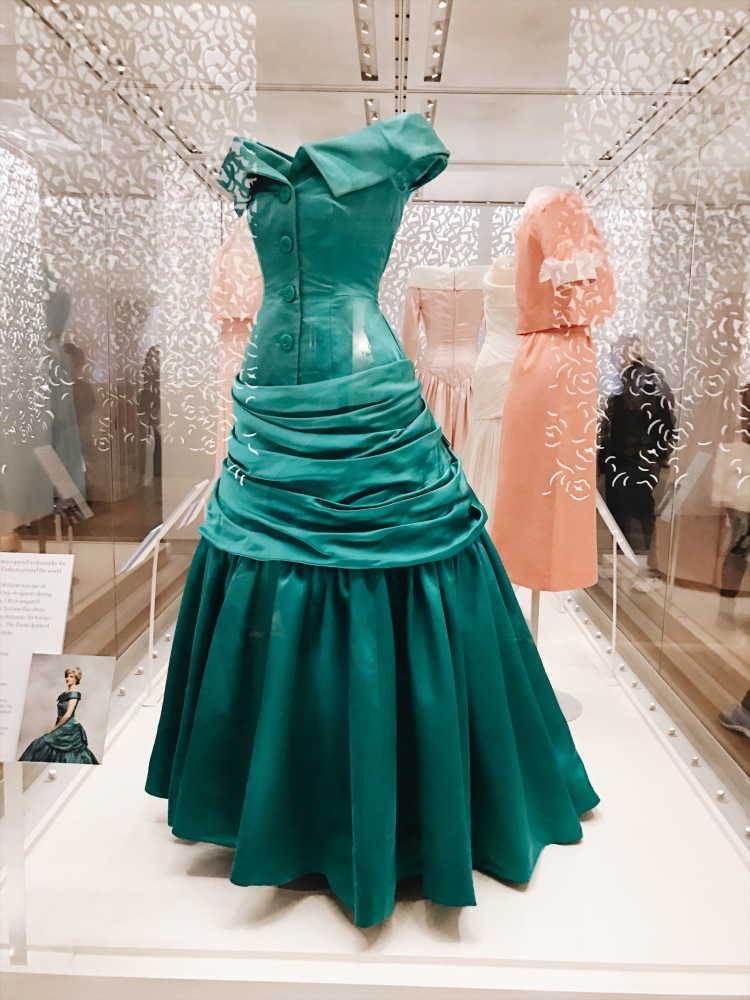 A short hop on the tube on the circle line and you can head to Notting Hill for some shopping. While Knightsbridge is a shorter distance with the infamous Harrods and other designer shops, Notting Hill is filled with vintage stores, boutiques and the Portobello Market on Saturdays that will provide more unique finds. One of my new favorites is an uber feminine boutique, Sister Jane. Walk up the stairs of this modern white building with medieval windows clothed in wysteria and you will find the boutique of a Victorian duchess’ daydream… tons of floral skirts, cameo collared shirts and flowy dresses. 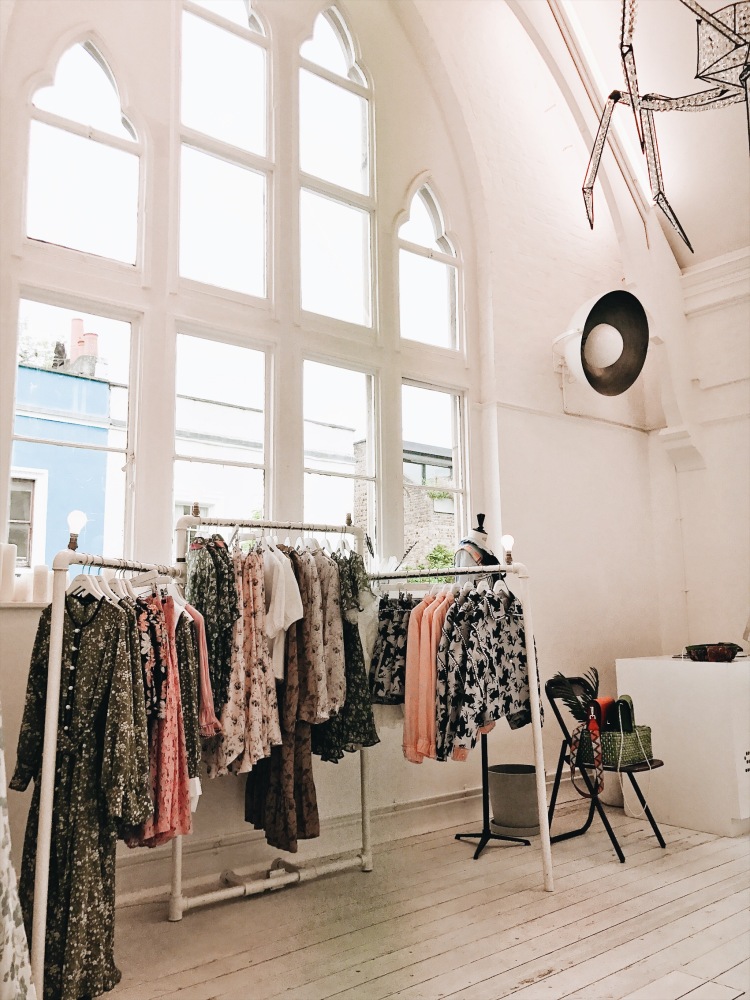 What are your favorite London spots, or just spots you would like to visit?

Shop My Looks on LIKE.to.KNOW.it Just screenshot or like my outfit photos on Instagram shop the product details from the LIKEtoKNOW.it app on the App Store! http://liketk.it/2uFMR