Guess what? Nothing says America like blue jeans. At FIDM Los Angeles, you can bask in the glory of one of the most notorious brands that capitalizes on these patriotic pants.

For 35 years, Guess has revolutionized the casual staple, making denim extremely flattering, powerful, and simultaneously wearable. The Guess: 35 Years and Still Dreaming exhibition pays homage to the four different decades it has left its mark on the U.S. and arguable the world, featuring the trends they pioneered and dreamy editorials they took in each age. The exhibition also showed viewers what goes into making the perfect pair of jeans through onscreen demonstrations and displays that showed the jeans and elements—like stones and chemicals—that went into making them. 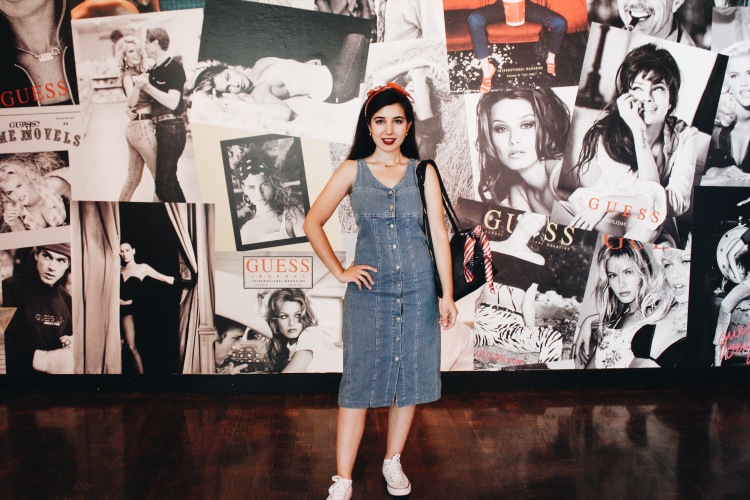 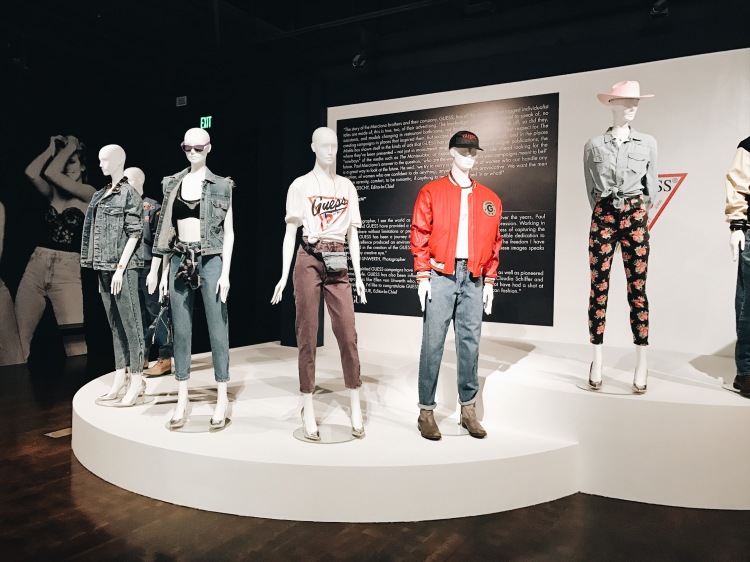 I paid tribute to Guess’ denim domination by wearing a fitted button-down jean dress to the retrospective. In the spirit of an Americana in the midst of Americana, I had to sport some red, white, and blue! I wore neck scarf in that color scheme as a headband and my black leather top shop bag wore an American flag neck scarf from the California state capital around its neck. For a long day of walking around Downtown LA a pair of white converse were just the thing, especially since the red and navy lining picked up on the colors of my two scarves. I topped the ensemble off with some gold jewelry, betraying my nation a bit by accessorizing with a necklace including the London skyline! 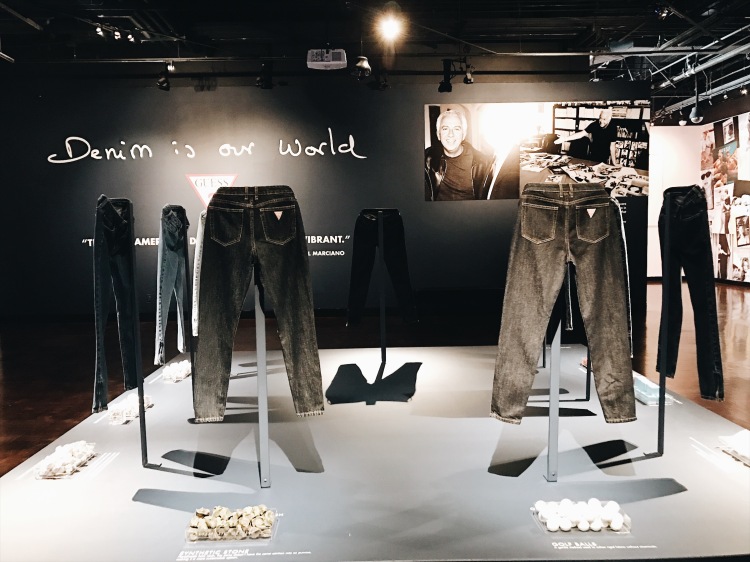 Guess itself is a prime example of the American dream: that two brothers who emigrated from Italy were able to create a fashion empire in the thriving capitalistic culture of the U.S. Thank you Marciano brothers! Go check out the exhibition now through July 8, before it’s gone! 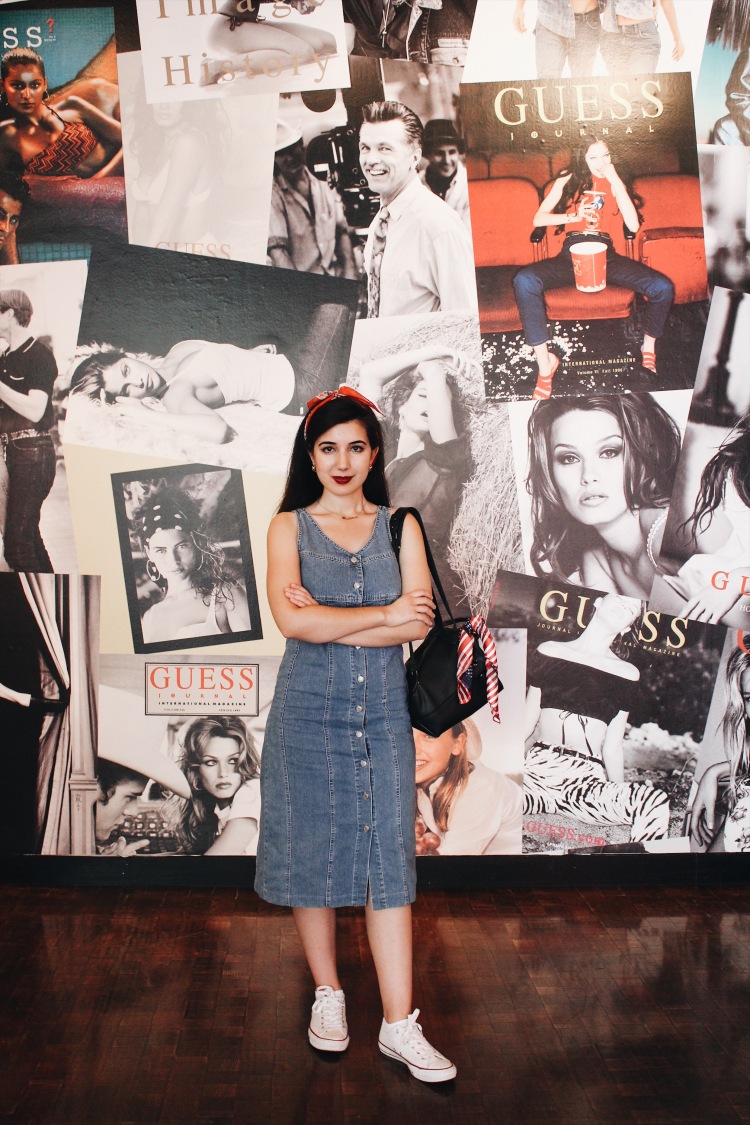 And while there, make sure to walk a couple miles for an ice cream break at Little Damage! The heat wave has officially hit LA!

What is your favorite type of jeans? Tell me in the comments below!

Do you ever read a book so captivating that it kind of ruins other books for you until you can find another enthralling novel or series? What’s a book that gets you out of a reading rut 👇
“There’s power in patterns. They are like roadmaps to who we are—whether that’s a recurring behavior or an echoed motif throughout an article of clothing. As a forward thinker with a vintage soul, I embrace change like an old friend. Meanwhile, I tend to make a tradition of what works. I’ve always been a repeat offender in wearing silk scarves, to the point where I found myself yearning for one in the form of a dress.”
Breaking news with style 📰
You know that feeling when you step into a space and it warms your heart—not figuratively. It actually radiates heat because it’s so breathtaking, yet comforting to be there? —That’s how I feel every time I go to Pasadena 🙌
If @marimakatsaria and I starred in a Darren Star show, what would it be called (don’t we look like a couple of Carrie Bradshaws in these dresses)? Now accepting submissions 👇
Another day on the job: interviewing Former U.S. Secretary of State Mike Pompeo and Congressman Kevin McCarthy.
Loading Comments...
%d bloggers like this: