A DTLA Day and a Dolly Parton Exhibition

Dolly and I can relate on a couple of levels–first off, despite her infamous song “9 to 5,” Dolly and I have both chosen career paths that do not fit within the time constraints of a nine-to-five job. Second, Dolly and I both love to sing. Third, we both have a knack for fashion, even if our styles are quite different. 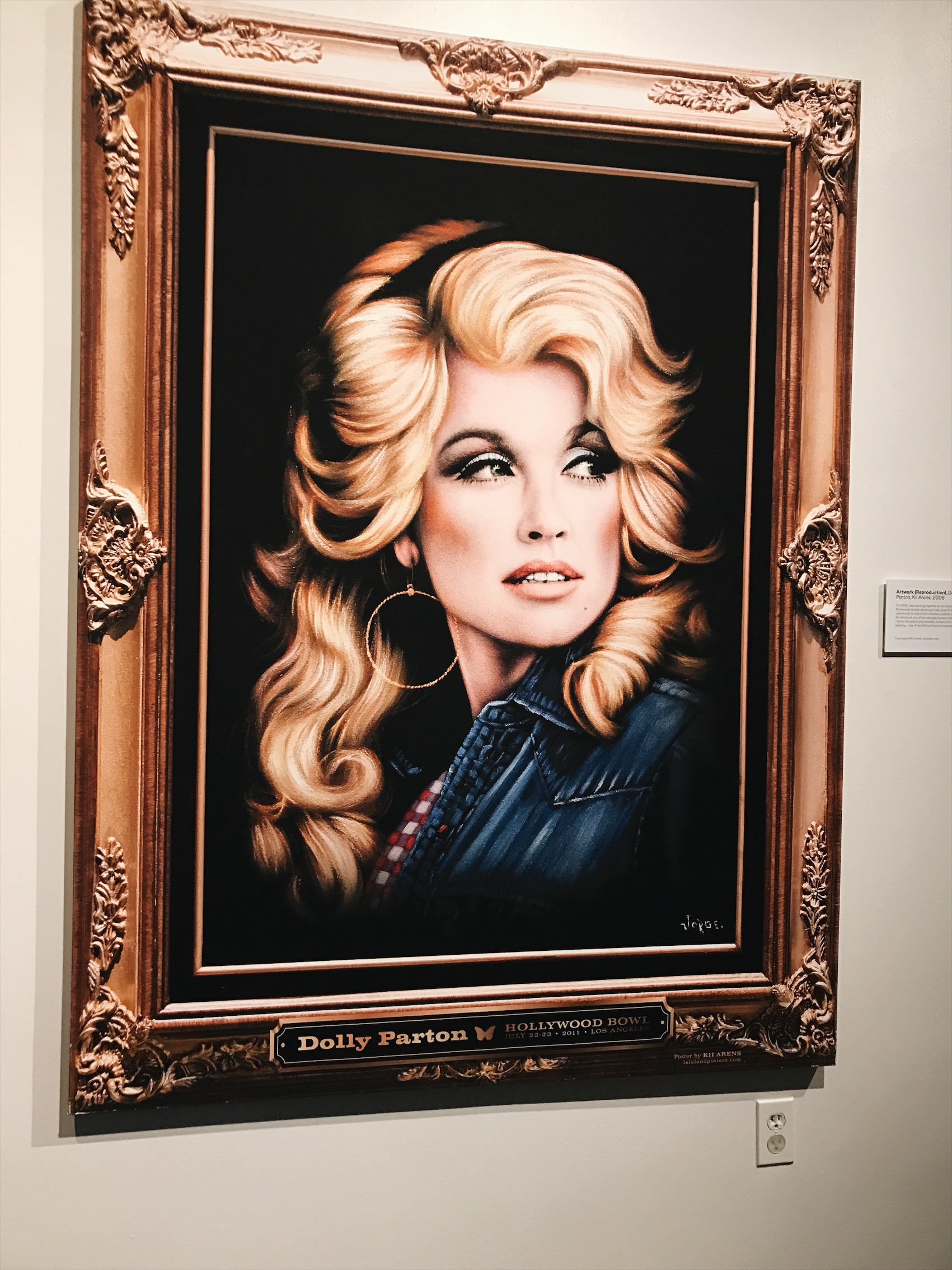 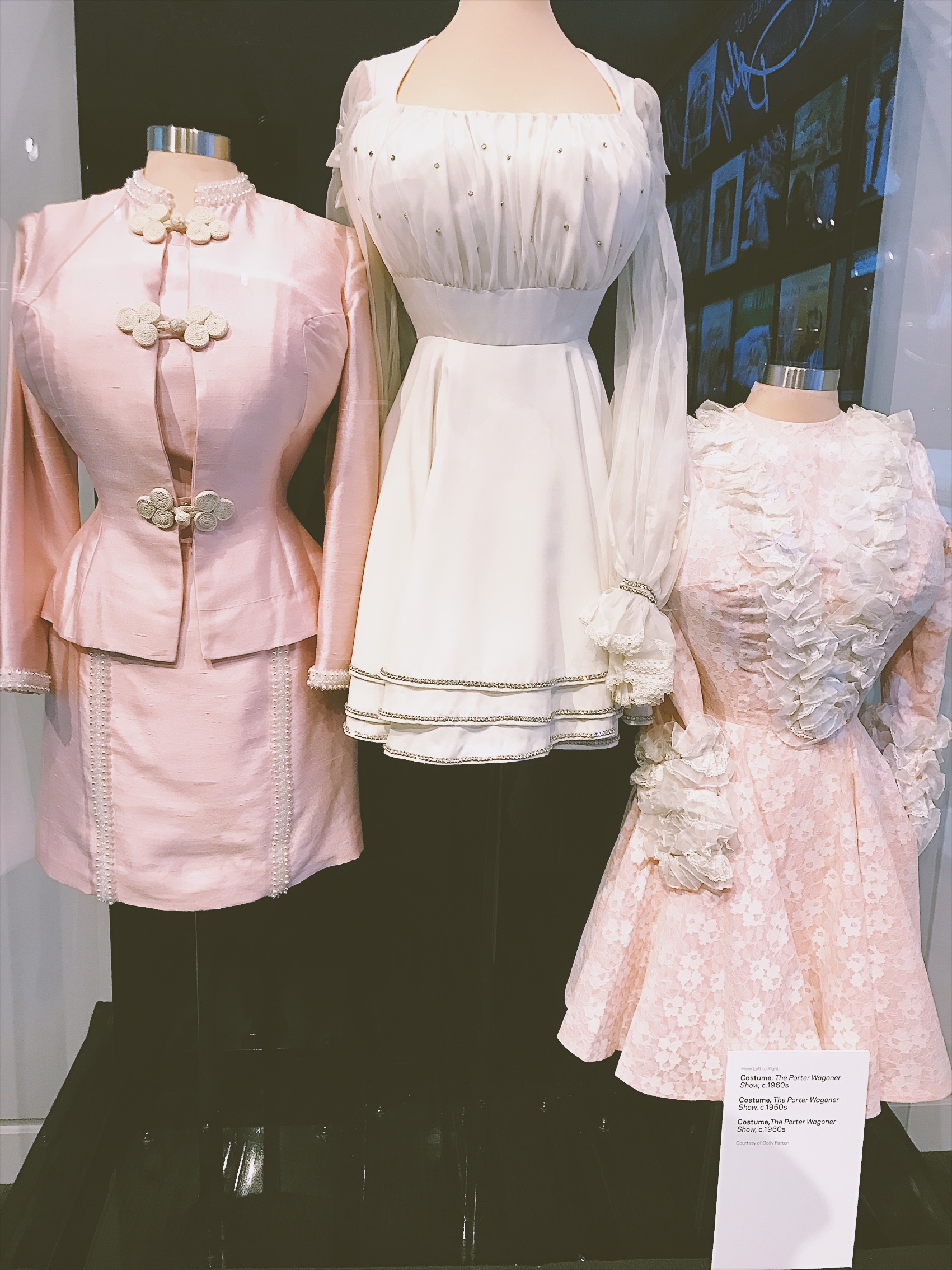 That’s why I was eager when I heard that The Grammy Museum dedicated an entire exhibit to Dolly Parton’s style called “Diamond in a Rhinestone World: The Costumes of Dolly Parton.” The exhibition was timely, as Dolly Parton is not only an eight-time Grammy Winner, but also was MusicCares’ Person of the Year. This was the first exhibit of Dolly Parton’s stage threads and personal items shown outside of her theme park, Dollywood, according to The Grammy Museum website.  The exhibition is only here until March 17, so I highly recommend you go see it, and here’s why:

Dolly Parton’s style in both music and clothing are very admirable. Her lyrics tell stories and paint the picture of the song narrative vividly. Similarly, Dolly is authentic in her clothing–bold, vibrant, unafraid of wearing bright colors, lots of sparkles and tons of makeup. She is completely herself, and if you ask me that is what fashion is all about.

The vintage dresser in me could not ignore that Dolly incorporates antique motifs in her some of her most iconic outfits: like a lace, gold-lined blouse that looks like it could be worn by a member of a European royal family–all that’s missing are epaulets! I was also obsessed with Dolly’s cheetah-print romper paired with a hot pink, motorcycle collar robe with gold studs to bring out the gold of the romper. It definitely is not something I would personally wear, but I still see it as extremely fashion-forward and so Dolly! 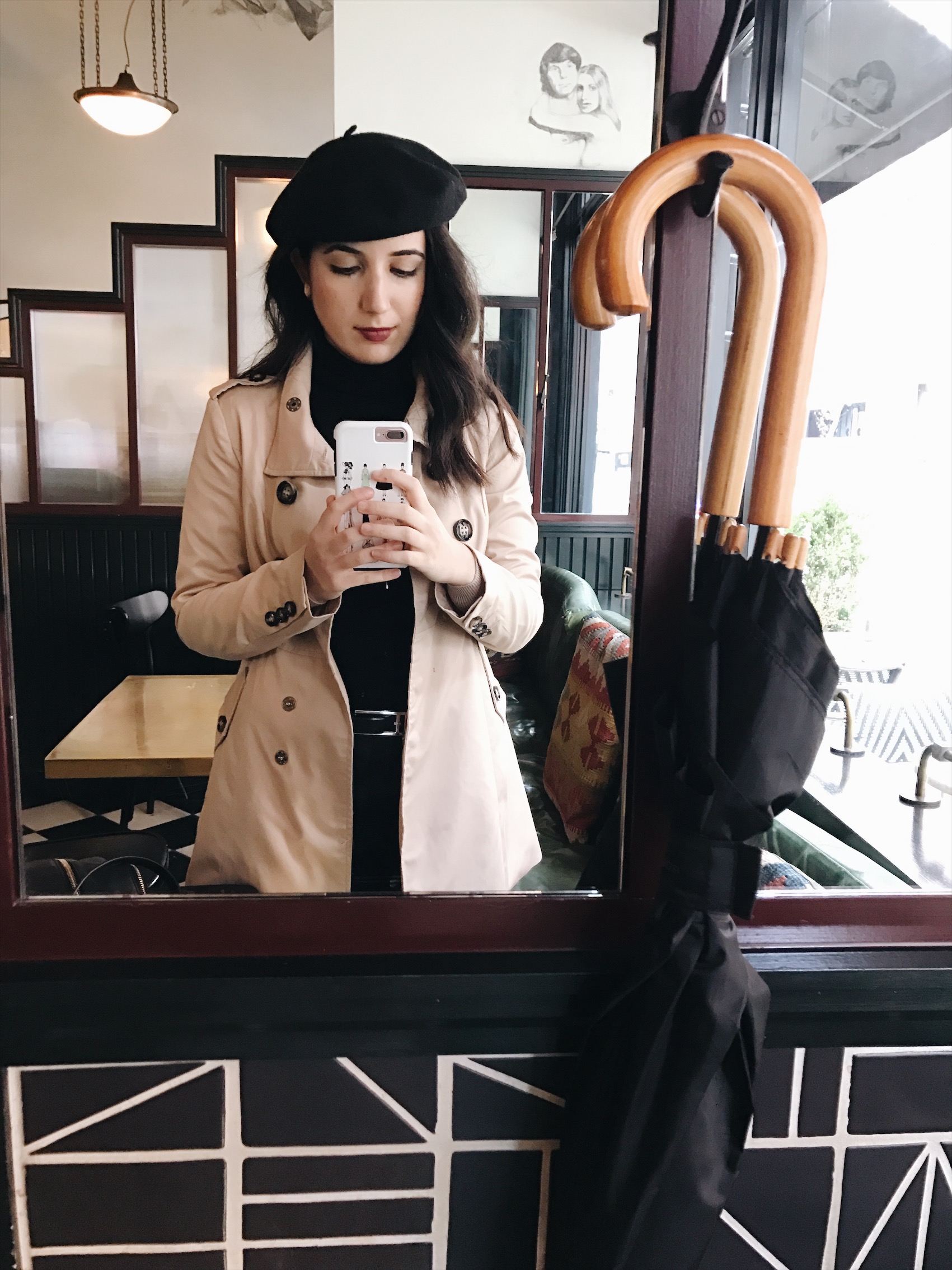 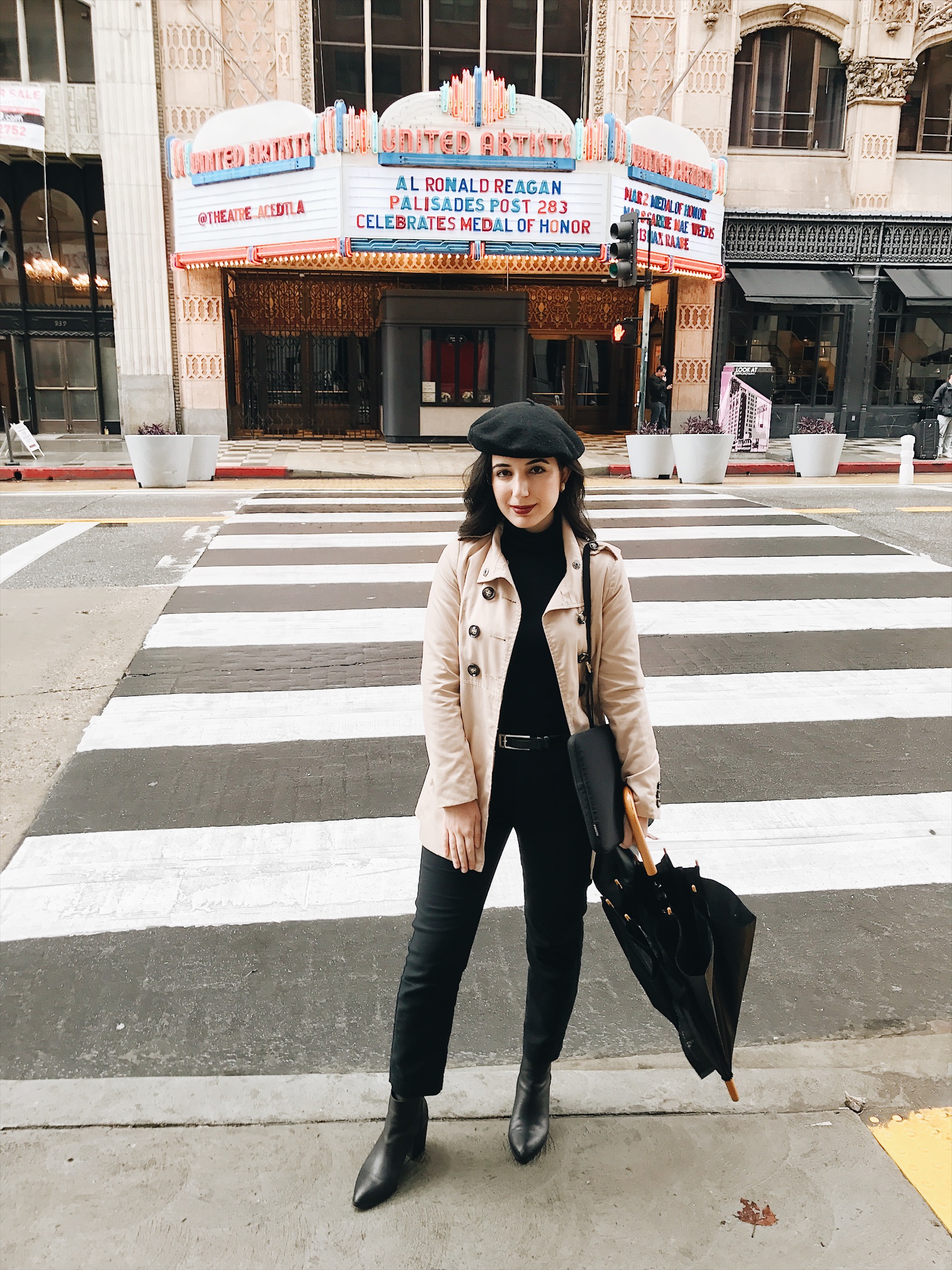 Speaking of something I would wear, here is what I wore while gaping at Dolly’s collection: Paris Fashion Week was in full swing, so I had a Francophile fashion fixation all weekend long! That means head-to-toe Audrey Hepburn black with a belt for some shape, a trench coat for a pop of neutral color, and of course: a beret. It was raining off and on Saturday afternoon, therefore my new pair of Steve Madden pointed ankle boots and a Marry Poppins-esque umbrella were called for. After strolling through the Dolly Parton exhibition–and the rest of The Grammy Museum, I headed to one of my favorite DTLA spots: Best Girl at the Ace Hotel. The architecture of the building is breathtaking, and the coffee is delicious. So you could say it was a fine day in my neighborhood of DTLA!

What legendary singer, in your opinion has the best style?

One response to “A DTLA Day and a Dolly Parton Exhibition”